Demand Forecasting and Planning – Earning Your Place Back

Demand Forecasting and Planning – Earning Your Place Back

Demand planning and forecasting as a function has not really caught the fancy of the corporate world, specially the top management, as much it should have. It is not even the major listed function of the corporate like sales, marketing, finance, supply chain or finance. Hence, it is usually hosted as a sub function under any of these functions. I thought of examining some of the possible reasons that led to this and what can we do to change the game.
Starting with our own tools, let us fit time series and look at history for help. In most ancient civilizations such as Indian, Roman, Egyptian or Chinese, forecasting was an important function. An occupation usually held by a saint or oracle who were considered to be the wisest men around and highly respected by everyone, from layman to the mighty kings. They were important part of every King’s court and a confidant of the ruling class. This indicates that the importance of forecasters in top management was much higher than it is today and surely they must have had good record of accuracy to command that position over centuries. Except for finance no other function has a similar parallel in history.
Even today Hindu culture relies heavily on the science of astrology and it touches upon the life of almost every Hindu. From marriages to house warming, a forecaster must predict every thing accurately at category and sku level (date and time). And surely we take pride in the low MAPE (divorce rates) of hindu marriages.
The point to ponder perhaps is what went wrong with the function as the civilizations moved to industrialized economies and businesses were corporatized? Function does exist but hardly has the place it once commanded. There could be many reasons for this; a) ancient methods lost significance and statistics was not its modern version but a new subject needing nurturing or b) professionals in the corporate world today lack the skill and holistic offering of their predecessors in the Kings’ court or even contemporaries in religions such as Hinduism. While point (a) needs more research, I am increasingly getting convinced of the possibility of point (b) being true.
Lets take a clue from history again. Joseph forecasted Egypt’s 7 years of plenty followed by 7 years of famine to Pharaoh (possibly the first historical record of long range forecast). He followed it up with suggestion on saving crops from good year and selling them in bad years. As a result the famine never affected Egypt. To me, it was not the events like prediction of the famine but the suggestions of how to overcome the possible losses that earned forecasters of yesteryears seat next to the Kings. That is the management value adds. Even today all religious forecasters are asked for remedial advice on their forecast if it is unfavorable and their reputation is established not for their ability to forecast (which is a given) but their ability to advice on how to change what is predicted.
This is not entirely true for corporate planning & forecasting function. Most demand planning teams are influenced by supply chain and operations thinking and not that of a management. This may be due to effect of these functions hosting demand planning. So if the demand is forecasted to decline, the immediate planning step is to optimize production accordingly and may be renegotiate freight and warehouse rates and capacities etc. Supply chain is expected to respond to the demand and hence their reaction is justified as they focus on cost optimization and not necessarily revenue. This is the reason most supply chain softwares are called optimization software owing to what they are expected to do.
Demand planners should ideally not tow this line of thinking. Simply, because this not what CEO would think – I must immediately slow down my production!!… He would rather want to think of ways to mitigate that loss or avoid it all together. He should ideally call his demand planner for help or look at the mitigating solution that the planner already offered as the part of the forecast presentation.
Imagine if Joseph had just predicted famine and then got into optimizing the inventory and logistics situation in line with the forecast. He still would have been a good forecaster but would have never got promoted to become a King. Professionals today need to appreciate the difference between forecasting and planning. It is essentially the sequential process. Forecasting is prediction of demand and planning is proposal on changing the prediction by shaping it favorably. A good professional will do a complete job, inform about the fact but follow it up with suggestions. Make a difference to earn your place back. 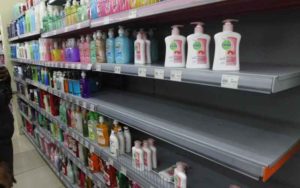 There are some events that temporarily affect demand as it happened during demonetization in India and then there are events that affect supply like local political issues. However, very rarely an event happens that affects both demand and supply making 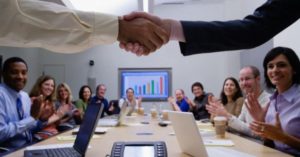 What is in it for me? Asks my Sales Head

Demand planners who are setting up a new S&OP process or are trying to involve the sales team into the planning process often face a lack of expected enthusiasm from the sales team.

Most companies have no idea how much their planners are increasing or degrading the forecast using the system. Learn more 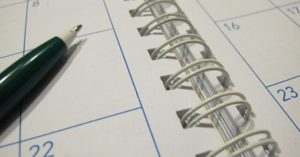 One of the key skills of a demand planner is knowledge of predictive statistics or estimation. As we know, there are four properties of a good estimator as mentioned below. In this article we shall explore these properties as applicable to demand planners as well. Learn more

Please help us with some details to understand your requirement